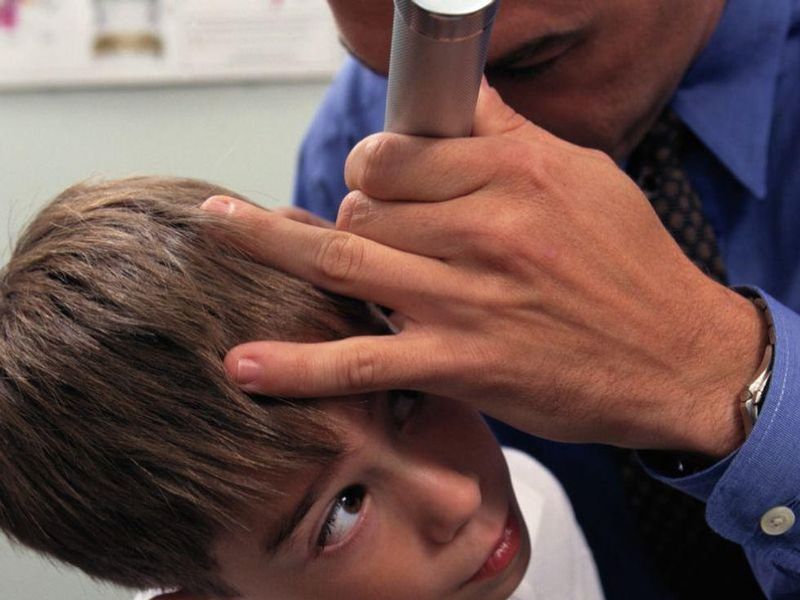 The cancer drug cisplatin can save children’s lives, but often with the side effect of hearing loss. Now a new study shows that young children are especially vulnerable, and the hearing damage may begin early in the course of treatment.

The researchers said the findings highlight the need to screen kids’ hearing during each round of cisplatin treatment, to catch problems early.

“Cisplatin is the drug of choice for treating solid tumors in children,” said Bruce Carleton, senior researcher on the study and director of the Pharmaceutical Outcomes Program at BC Children’s Hospital in Vancouver, Canada.

“Solid” tumors are those that form as solid masses, and typically arise in organs (as opposed to the blood or lymph system). Some of the most common in children include cancers of the brain and spinal cord, neuroblastoma (which affects nerve cells) and osteosarcoma (a type of bone cancer).

For them, cisplatin can be life-saving. The problem, Carleton said, is that up to 60% of children treated with the drug develop some degree of hearing loss.

Cisplatin contains platinum, a heavy metal, and research has shown that it can be retained in the cochlea — the part of the inner ear that enables hearing.

In the new study, Carleton’s team found that children under 6 years of age were particularly susceptible to developing cisplatin-induced hearing loss over time.

That compared with less than 9% of children aged 6 and older, according to the report published online recently in the journal Cancer.

“This shows that children, even at a very young age, are an important population for hearing loss prevention and intervention,” said Kristin Knight, an audiologist at Oregon Health & Science University’s (OHSU) Doernbecher Children’s Hospital, in Portland.

Knight, who was not involved in the study, said cisplatin typically affects high-frequency hearing, rather than causing full hearing loss. But that is still a major side effect for young children.

She agreed that young children’s hearing should be closely monitored during treatment, ideally at each round.

When hearing loss is detected, reducing the cisplatin dose may be an option in some cancers, said Dr. Edward Neuwelt, a professor of neurology at OHSU.

But, he noted, that’s only after some hearing damage has occurred.

Researchers are, however, making progress toward preventing the hearing loss in the first place. Neuwelt was senior researcher on a clinical trial of a medication called sodium thiosulfate. It found that the drug reduced hearing loss by almost 50% among children receiving cisplatin for liver cancer.

The drug is now under review by the U.S. Food and Drug Administration for approval. Neuwelt said several other potential preventive treatments are being studied, as well.

Presumably, Carleton said, young children are particularly vulnerable to cisplatin-induced hearing loss because their bodies are smaller and their hearing structures are less mature.

But the precise mechanisms are not clear yet. A better understanding, Carleton said, could lead to more ways to protect children’s hearing during cisplatin treatment.

For children who do sustain hearing loss, Knight said there are various ways to intervene. Therapy can help them learn (or relearn) speech, language and listening skills, while some children will also need hearing aids or listening systems. For school-age kids, classroom modifications, like special seating arrangements, can help.

Cisplatin-induced hearing loss is, unfortunately, permanent, Knight said, and it can worsen over time — particularly if a child also received radiation to the head.