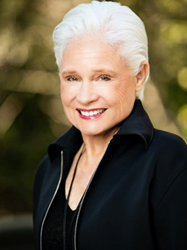 Among her recent accolades, Rey is designated one of “The Los Angeles 500 Most Influential People” by the Los Angeles Business Journal.

For more than four decades, Joyce Rey, executive director, Coldwell Banker Global Luxury, has proven herself indispensable in the refined world of international luxury real estate. She is nothing short of a legend—among her celebrity clients, her professional colleagues, and the community she serves. One of the most respected names in top-tier real estate worldwide, Rey has amassed more than $3 billion in career sales. In 2017, Rey has had a record-breaking year including her newest listing of the Perenchio Estate, currently listed for $350 million dollars. With a dazzling list of accolades, awards, and sales records, she is known, most of all, for her incomparable knowledge of the luxury marketplace, her acute ability to negotiate even the most complex transactions, and her particular talent for putting clients at ease.

It is Rey’s commitment to “integrity, innovation, and attention to detail” that has led to her iconic status. Along the way, her name has consistently been included on “best of” lists for both her real estate production and her personal and professional influence. Again and again, she has topped records—including some of her own—for highest sales price ever.

Among her recent accolades, Rey is designated one of “The Los Angeles 500 Most Influential People” by the Los Angeles Business Journal, named the “First Lady of Luxury Real Estate” by the Chinese media, described as the “Billionaire’s Broker” by The Hollywood Reporter, and called the “Grand Dame of Real Estate” by the Los Angeles Times. Joyce is also ranked in the Top 20 Luxury Brokers in L.A. County by The Real Deal Los Angeles. Her experience and insight into the high-end market is frequently sought and quoted by the media, such as Forbes Magazine, The Wall Street Journal and the Today Show. She has appeared on many TV shows, such as E! Entertainment News with Michael Corbett, CNN’s Money Shot, and multiple foreign television shows.

Rey’s meteoric rise to real estate legend began in 1974, when her first sale was the unique residence of Christina Onassis. A sale to famed acting teacher Lee Strasberg—“They thought I was a genius,” Rey recalls—quickly paved the way for celebrated clients and landmark properties: Owlwood, Pickfair, and The Harold Lloyd Estate, to name a few. In 1979, she was invited to establish the first company in the United States to specialize exclusively in estates valued at more than $1 million. Since then, through every fluctuation in the economy and the market, Rey has consistently represented a choice collection of the most distinguished properties in the world.

With a generous as well as inventive attitude, Joyce has mentored an outstanding group of young agents. Working together to provide unparalleled service, her team achieves top-team rankings each year. Telling the Los Angeles Times, “I have an energetic spirit,” Rey’s business model includes the latest technology. With nearly 46,000 followers on Instagram, her social media prowess is matched only by the ease of her classic one-on-one personal service and discretion.

Despite the demands of her business, Rey remains passionately dedicated to civic and philanthropic projects. She serves on the Southern California Executive Board for UNICEF, the Los Angeles Library Foundation Advisory Board, and the Coldwell Banker Community Foundation Board. She has also been actively involved with the Music Center’s Blue Ribbon and their board, the St. Joseph’s Center for the Homeless, and Children Uniting Nations. Rey has been honored by the National Women’s Political Committee, the Anti-Defamation League, the American Cancer Society, and a lifetime achievement award from the Los Angeles Board of Realtors. She is actively involved in the Women Presidents’ Organization and has long been an invited member of the prestigious Trusteeship of the International Women’s Forum.

ABOUT HAUTE RESIDENCE
Designed as a partnership-driven luxury real estate portal, Haute Residence connects its affluent readers with top real estate professionals, while offering the latest in real estate news, showcasing the world’s most extraordinary residences on the market and sharing expert advice from its knowledgeable and experienced real estate partners. The invitation-only luxury real estate network, which partners with just one agent in every market, unites a distinguished collective of leading real estate agents and brokers and highlights the most extravagant properties in leading markets around the globe for affluent buyers, sellers, and real estate enthusiasts. HauteResidence.com has grown to be the number one news source for million-dollar listings, high-end residential developments, celebrity real estate, and more.

Access all of this information and more by visiting http://www.hauteresidence.com