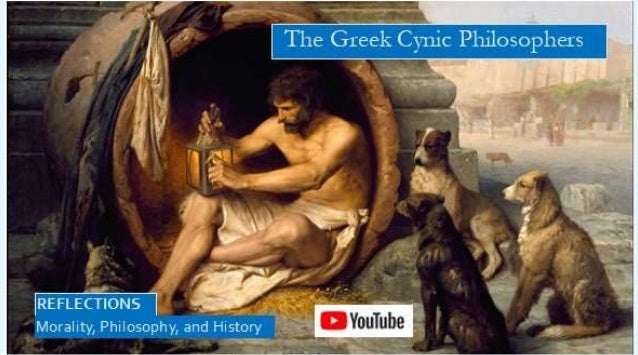 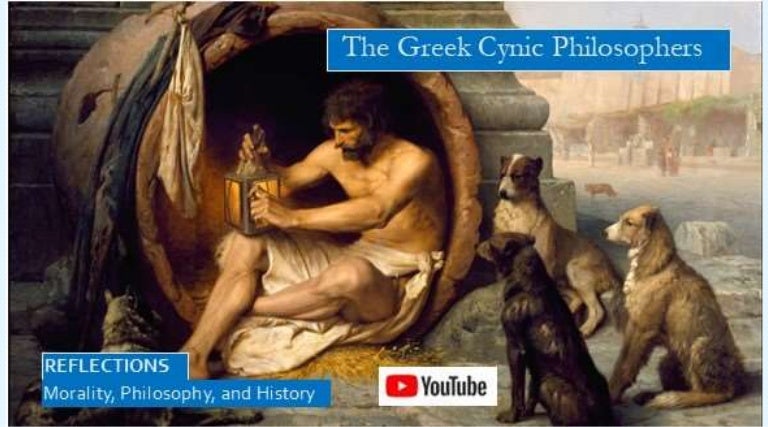 The most famous of the Greek Cynic philosophers was Diogenes of Sinope. Once Diogenes noticed a mouse scurrying about in Athens, and he decided that, like the mouse, he would be concerned about where he lived, so he lived in a tub, a large earthenware pot near the public buildings. When he saw a boy drinking water with his hands, he threw away the cup he owned, and later he threw away his bowl. He went barefoot even in the winter, his possessions consisted of a clock and what he could carry in a knapsack. When Alexander the Great sought him out in Corinth, he told Diogenes, “Ask for whatever you desire.” Diogenes replied, “Stand out of my light.”

The writings of the Greek Cynic and Stoic philosophers have been mostly lost to the sands of history, with the exception of the excerpts recorded by the ancient biographer and philosopher Diogenese of Laertius in his “Lives of Eminent Philosophers” and other scattered fragments and quotations in other works.

Purchase Diogenese Laertius, Lives of the Eminent Philosophers, from Amazon:

This video is based on this blog:

Please support our efforts, be a patron, at:

Patrons can participate in online Zoom discussions of draft presentations we prepare for future YouTube videos.